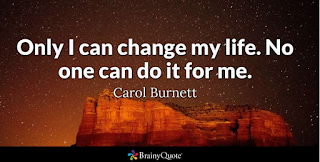 Welcome back to Robin's Whatever,
I have been told by several medical pros that I need to tell my story so here I go.

I have always been an advocate for my own health I do NOT believe in going to the doc. for every little thing. Between 2008 & 2010 I had an episode thought it was a heart attack so off to the hospital I went and found it was heartburn but also at that time I found out I had a bad heart valve that I was born with but everything was good no issues.  ( no worries )

Now I have never been a big meat eater although cheese was a whole new story, it's true cheese is very addictive and hard to let go of. In 2015 I started to get really fed up with all the pain I was having it would take me 5 ++ min. to just get out of bed even sitting in a chair or riding in the car took a toll and hurt so much.

Heartburn as I mentioned above, acid reflux, bowel issues like constipation and or the other extream my tummy could not get things right and yep I tried all the over the counter stuff  even those highly recommended probiotics and yes I even went to the doc and all they did was say take this pill and that pill after awhile my tummy was worse..


So the ending part of 2015 and all the way up to Aug. 2016 I searched for a solution. my daughter told me about some documentaries she watched Forks over Knives, Cowspery, What the Health and a few more so I watched and I decided to give Veganism a try for 30 days.


On Aug. 2016 I dropped everything and went vegan. Now, this was not too hard for me because I already had dropped some of my bad habits like eating meat all the time, eggs I really didn't like them so not a problem. I was not a junk food junkie so that was not hard & dropping processed foods well that had its ups & downs but cheese was my enemy and we were going to battle over that one.
I would sit in front of the TV with a big plate of cheese and crackers.

So all of the top leaders in the vegan movement said to take small actions to move toward your goal of eating well and making this a life change, not a diet.

Nope, I did the extream and just did it.

So the 1st week my pain was gone no more pills, and in 30 days my tummy issues were also gone.
It took me several months to kick the cheese habit but I did it.. 2 years later my body is a happy camper. 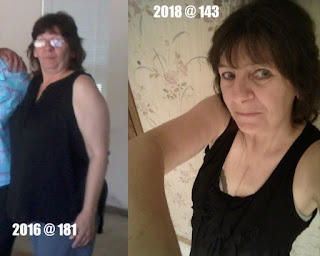 But that is not the end of the story hit the subscribe at the bottom of the page come back and see what happened's next.

My recommendation go watch Forks over Knives, Cowspery, What the Health on Netflix you may also find them on Youtube.

Get some great plant-based recipes right here:  Cooking With Plants
Have a great healthy day
see ya soon.
Robin


Posted by Robins Whatever at 10:54 AM No comments:

Welcome to the Rat Race. 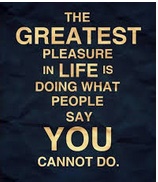 Hello all and welcome to Robins Whatever.

Just to give some info. on this blog and me I have been around the internet block for many years and I hit some really bad times and some awesome times so I'm going to write about whatever comes to mind and or in life events, everyone says find a nitch so whatever is my nitch...LOL

Please bookmark and or save me and come back to see what's on the chopping block.

I find the internet kinda squirrely but I love working it and finding the diamonds in the rough.  It's a hard sell if you're looking to find a way to make money on the net lots of fake stuff going on.

I'll throw my best places out later that I'm earning from they won't make you rich but extra income is always good and not much work is involved once you learn the programs.

I'm also vegan so I will talk a lot about that and my story on how I went vegan and the dedication, do's & don't that goes into it or at least what I did.

I'm a right to the point person sometimes I go overboard and just get mean about stuff but when that happens you know I'm passionate about the topic some will get it and some won't but whatever it's what happened to me, my family and or my opinion.

My very 1st recommendation is Grammily.com this program will help with all that writing you may do and keep it nice and neat.

So I gotta go, I will see ya all later.
Have a great day with much success.
Robins Whatever.


Posted by Robins Whatever at 10:23 AM No comments: